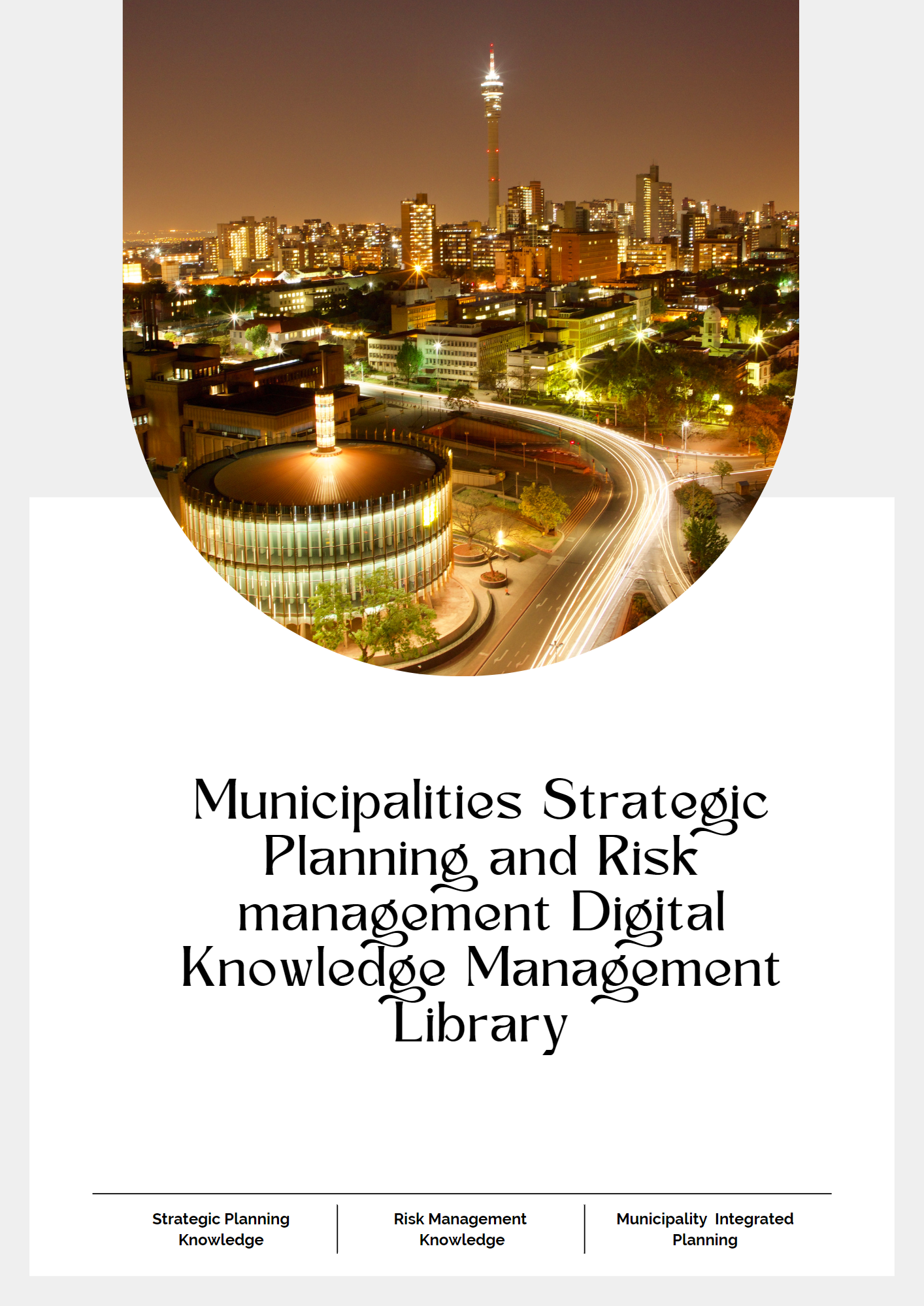 Risk Management is more fun and empowering than most of us think. As a people we have got “Big innovative and creative Ideas to take us to the future we desire” but we are typically overshadowed by leaders who always want to react to events that have already occurred and /or Crisis Situations rather that anticipating what may happen in the future and proactively prepare for it today. In-depth Understanding of Risks help Organisations and People alike:

Countries, Organisations and Individuals alike find themselves Operating in an Environment which is constantly changing and with a lot of uncertainty ahead ever than before, with rapid technological advances also moving at a faster pace than ever before. Customer needs, preferences are also changing and people’s imaginations are also increasingly changing.

Risk Management Leaders want their Countries and Organisations to do more, be pioneers of change and not just to respond to what others have done and/or respond to Crisis Situations. They prefer a world which is able anticipate what Risks (both opportunities and threats) are lying ahead and proactively optimise or exploit risks in the horizon today. Alan Lakein once observed that “Planning is bringing the Future into the Present so that you can do something about it today” It is in this context that I argue that there is a fundamental difference between Crisis Management and Risk Management which needs to be clearly understood in particular by “Risk Management Professionals” who are confused Crisis Management with Risk Management.

The Perils of Present – Forward Thinking –

According to Mark W. Johnson and Josh Suskewicz, in their Article, Lead from the Future, they observed that in recent years, traditional newspapers, retail stores, music, moves and TV have been disrupted. It is not that the leaders of incumbent industries don’t have sharp strategies and plans. The problem is that they extrapolate their current model into the Future instead of envisioning the possibilities.

In the context of South Africa when one looks at the IRMSA 2021 Risk Report the observation by Mark W. Johnson and Josh Suskewicz that the problem we have in Strategic Planning is that we extrapolate our current models into the future instead of envisioning the possibilities rings true. The IRMSA Report 2021 simple restates known facts/issues that are already at Crisis Proportions as the Country’s Risks. That’s a Classic Example of confusing Crisis Management with Risk Management.

One should be forgiven to conclude that “The Country’s Culture and Risk Management Processes are not sufficiently encouraging timely identification, escalation and mitigation of risk issues that have the potential to significantly affect the Achievement of our Aspirations and that is the root cause as a Country we always move from One Crisis to the Other to a Point where both Private and Public Sector Leaders call Crisis Management, Risk Management Recent Studies”

This is evident when Risk Events that have already materialised and are now a Crisis Situation the Country’s “Top Risk Professionals” are raised as the Country’s Top Risks instead of being classified as either a Weakness or a Crisis e.g. (e.g. Lack of Visionary and Ethical Leadership that has bedevilled the Country even prior to 1994, Widespread Governance and Project Failures that pre dates 1994, Entrenched Fraud and Corruption that pre dates 1994, Deepening Structural Inequalities that pre dates 1994, South Africa is rated as the most unequal country in the World, Skills Shortages Crisis that predates 1994, An Electricity Shortage Crisis since the 1st Load shedding in 2007 , High Levels of Unemployment that predates 1994, with Youth Unemployment that has averaging Crisis Levels of over 52% since 1994 and prior to 1994) which One Business Leader once described as checking your rear-view Mirror to see what is Infront of your Car.

A Crisis can occur as a result of an unpredictable event or an unforeseeable consequence of some event that had been considered as a Potential Risk materialising. Crisis Management is defined as the application of Strategies designed to help an Organisation and/or a Country deal with a sudden and/or a Significant negative Event. Clearly according to this definition Crisis Management is the aftermath of dealing with Risk Management Failures. Prior to a Crisis, Organisations and Countries’ alike develop and maintain resilience by identifying, assessing and finding ways to optimise and exploit significant risks in the horizon.

South Africa Corporate Governance Guideline: King IV, defines Risk Management as “the uncertainty of events; including the likelihood of such events occurring and their effect, both positive and negative, on the achievement of the organisation’s objectives. Risk includes uncertain events with a potential positive effect on the organisation (i.e. opportunities) not being captured or not materialising”

In a nutshell Risk Management assist organisations and countries make Risk Intelligent Decisions and Build Resilience by anticipating what Opportunities and Threats lie ahead, taking proactive measures to either optimise anticipated threats or exploit anticipated opportunities. On the other hand Crisis Management involves Immediate Response Plans to a Risk Event that has materialised (Crisis) and Recovering from a Crisis as well as reimagining how the future, post the Crisis should look like.

Business Decisions should not only be based on analysing historical information alone but also requires anticipating what the Emerging Future will look like including Risks (both Threats and Opportunities) to inform Decision Making and Strategic Choices we make. Anticipating how the Emerging Future may look like requires Visionary Leadership, Strategic Thinking, Risk Leadership across all levels of an Organisation or a Country.

It is worth noting that a Risk Management Leader is a Visionary who has the ability to anticipate the Future and has a clear understanding that the future is shaped by what we do today. First let me define what I mean by a “Risk Management Leader.” By this, I mean someone, anyone, who is in charge of making a business or a country grow and achieve it’s Vision. This could be a CEO, President, Sales Director, CFO, Chief Risk Officer, COO, Engineer, Doctor, Economist, Director General, Minister, Mayor, City Manager, Receptionist or even admin. Regardless of what you’re called, you are a Risk Management Leader and have a unique challenge ahead of you to anticipate and shape our Future.

As a Risk Management Leader you have to be different and go against the grain and avoid blending into the crowd. Don’t fall into the trap of confusing being a Crisis Manager with being a Risk Management Leader and also avoid following an Elitist / Micro approach in Risk Identification and Assessment. (e.g. Failing to realise that Unemployment in the Context of South Africa has reached Crisis Levels, simple because you are in a privileged position of being employed)

One of the Catastrophic Risk Management Weaknesses we have ever seen as a Country, is Failure to Timely Identify, Escalate and Mitigate Risks. As an example, what the West considers as Risks in their respecting countries, is typically already a reality in most Developing Countries including South Africa and in most cases a reality that has reached Crisis levels requiring Radical Recovery Strategies.

A good lesson in Crisis Management vs. Risk Management is the COVID – 19 Crisis where Three Prominent Leaders in the world (i.e. George Bush (Junior), Barak Obama and Bill Gates) raised the Potential of Risk of a Pandemic like COVID – 19 and most countries did nothing to mitigate the Risk until the Risk Event materialised and became a Crisis that the World now has to recover from.

We have seen leading Risk Organisations in the Country following an Elitist Approach in identifying the Country’s Top Risks. The majority of Citizens of the Country have been living in a Perpetual Crisis ever Since the dawn of Democracy yet some Risk Professionals want to describe Crisis Situations as Risks that are as yet to Materialize. Perhaps they are Risks for the Elite and certainly not a Risk for the Majority of Citizens but a Crisis.

Present-Forward Thinking is typcally driven by a Response to a Crisis and relates to responding to Risk Events that have occurred and have reached Crisis Proportions. On the other hand Future-Back Thinking is Strategic and helps you identity Threats and Opportunities lying ahead and help us identify Innovation Opportunities as well as define a New Game to Play.

One thought on “How To Differentiate Between Crisis Management & Risk Management”